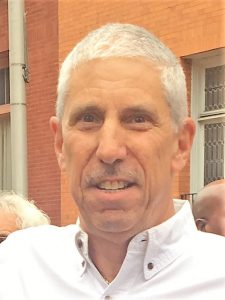 is the founder of the Reeded Edge. As president, he oversees all aspects of the company’s business.

Rob’s is a Business and Marketing major from the University of Maryland (1982). He is a LIFE MEMBER of both the American Numismatic Association, and the prestigious National Silver Dollar Round Table, as well as a LIFE MEMBER of F.U.N. and C.S.N.S.

His accomplishments in the areas of numismatics are numerous, including assembling 2 of the world’s finest early dollar sets and 3 world-class Morgan Silver Dollar sets. He has bought and sold over one hundred million dollars worth of rare coins spanning a 30+ year career in the numismatic hobby. Rob is a regular on the national coin show circuit, displaying at 15-20 shows per year. He enjoys writing, and has contributed articles to many hobby publications including the Coin Dealer Newsletter, Coin World and Numismatic News. He also authors most of the Market Reports featured here on The Reeded Edge web-store.

Rob has been married to his wife, Tammy, for 27 years, and they have two sons, Robby and Jason.

In his spare time, Rob enjoys traveling, motorcycling and scuba diving. Rob is a consummate hobbyist and includes fine wine, stamp & currency collecting and Coca Cola memorabilia among his active interests. He also takes great pride in Winston, his 1961 Rolls Royce Silver Cloud II which he has been restoring over the last 15 years. 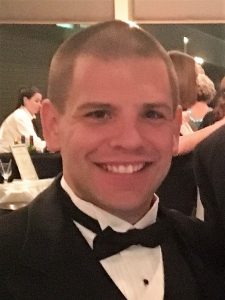 is Vice President and Senior Numismatist for the Reeded Edge. Robbie is our principal customer liaison for both retail and wholesale business. It is highly probably that when you call our offices, it will be Robbie’s friendly voice on the other end of the phone. He prides himself on excellent customer service, and insuring that your wants and needs are serviced professionally and accurately. Robbie is also heavily involved as a buyer, and is always prepared to tender an aggressive offer for any worthwhile items or collections.

Robbie holds a BS degree with a double major in Economics and Political Science, as well as a business minor from Frostburg State University. A life-long coin, currency and exonumia collector, he used eBay and local estate auctions to buy and sell during his college career.  As the allure of turning a hobby into a business became too strong, he left a fellowship position pursuing an Economics PhD at West Virginia University to begin transforming his passion into a career.

Robbie left WVU to serve as the American Numismatic Association Intern from June, 2007 until August, 2007, then joined The Reeded Edge immediately follow the 2007 ANA World’s Fair of Money.

He is a member of the ANA, National Silver Dollar Roundtable, Florida United Numismatists, Central States Numismatic Society, Early American Coppers, Pennsylvania Association of Numismatists, and the Western Maryland Coin Club. He is also a member of several online numismatic forums, where he uses the handle Shortgapbob.  His hobby passion is his personal collection of West Virginia National Banknotes and Civil War Tokens

Robbie has been married to his lovely wife Kim since 2010, and they have a young daughter, Kadence.  You will occasionally see them pop into coin shows in the Mid-Atlantic region. Robbie is also an accomplished distance runner, a sub 2 hour 50 minute marathoner, and a multi-time Boston Marathon finisher. 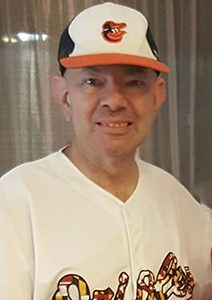 is the Chief Information Officer for The Reeded Edge, and is responsible for the imaging seen throughout the web-store, eBay and Collectors Corner. In addition, Ray is the brains behind our office network, which he coordinates and manages. Ray is also proficient with several design tools including Photoshop and Dreamweaver, a skill set that he utilizes frequently at The Reeded Edge.

Ray holds a Bachelor’s Degree in Business Management and a minor in Computer Science, graduating form Frostburg University in 1988.

Ray has been married to his wife, Wanda, for 14 years, and they jointly raise their granddaughter, Meadow. The Hunts call LaVale, MD in Allegany County home.

Ray has been an active local musician since 1983, having played in many popular local bands. Presently, Ray plays in 3 different bands and is a proficient guitarist, bassist, keyboardist and vocalist. Ray is a big fan of both The Washington Redskins and The Baltimore Orioles. He is an avid gamer (Ray loves World of Warcraft), also a recreational distance runner, and finally, a supporter of our local animal shelter. 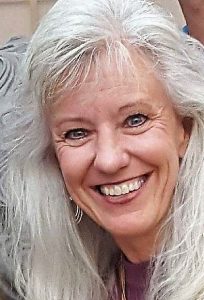 is the administrative assistant for The Reeded Edge.

Before starting her 2nd career in the numismatic and collectible field, Sharon was employed by American Free Press out of Washington D.C. where she worked for over 23 years.

She is the newest member of The Reeded Edge and has been with the firm since 2013, becoming full-time in March, 2017. Her duties include listing products on The Reeded Edge web-store and eBay, organizing inventory, filing, grading invoices and assisting with shipping as needed.

Sharon has been an avid runner since high school, and has completed over 30 half and full marathons. She enjoys time with her family and two pugs. 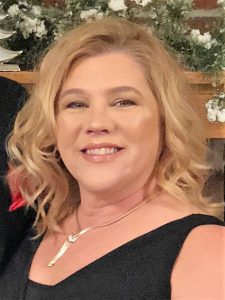 is the shipping manager for The Reeded Edge. Tammy has worked in many facets of the corporation over the years. Her current position entails customer correspondence, invoicing, packaging and shipping. The Reeded Edge sends as many as several hundred packages a week, thanks in a great part to Tammy’s efforts.

Tammy is married to Rob Lehmann, and has two sons, Robby and Jason. She was born and still lives in beautiful Allegany County, located in the mountains of western Maryland.

Her interests include traveling, entertaining and cooking.

With over 25 years of company service under her belt, Tammy along with her husband Rob, are the two original members of The Reeded Edge. 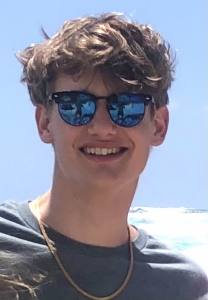 is the Reeded Edge’s Swiss Army Knife and the newest member of our team. Whether it’s filing, office organization or product listing, Jacob is always up for the task. Jacob is a fulltime honor student at Bishop Walsh High School. He is a budding numismatist, and anxious to learn all elements of the business. We are optimistic that Jacob will become a more permanent part of The Reeded Edge team, as his future schedule allows.