Blog - Latest News
You are here: Home1 / Market Reports News2 / The Reeded Edge Returns from a Lackluster PAN Show and Heads to Fredericksburg... 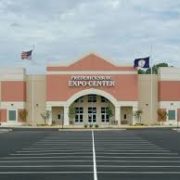 Usually PAN is one of our favorite coin shows. Pittsburgh is almost in our backyard, and few coin clubs are run better than PAN. What then could possibly go wrong? Well, this time around-just about everything! Due to a scheduling conflict with the Whitman Baltimore Coin Show (which was NO fault of PAN’s), PAN realized that they stood to lose over 20 of their marquis dealers, and consequently changed their show date. This had several consequences: Most notably, the PAN regular attendees are used to the show being held the last weekend in October, and usually plan their trips accordingly. Secondly, what alleviated one conflict, created another. PAN fell squarely on the same weekend as The Battlefield Coin Show in Gettysburg, PA. Rob and Robbie were forced to split inventory and resources and attend two shows rather than combining forces for one. With a less than stellar crowd at either show, we feel both shows suffered from this debacle. Since we hold both Mike Dixon (from Gettysburg) and the entire PAN staff in the highest regard, we certainly hope that this is a scenario that never replays itself. There were no winners last weekend, including The Reeded Edge. But as they say, that’s water under the bridge. This weekend, Rob and Robbie will be heading south to the always-robust Virginia Numismatic Association’s annual convention in Fredericksburg, VA. This has developed into one of the better regional shows in the mid-Atlantic, and it’s one the guys always look forward to. You will find The Reeded Edge’s prominent island-style booth located front and center in the bourse hall. They will have hundreds of new certified coins in tow, including the beginning of a million dollar plus collection that they are currently working through. If you haven’y perused the guys inventory lately, please stop by their booth this weekend. We think that you will be pleasantly surprised. Equally as important, if you have anything interesting for sale, The Reeded Edge will have their open-checkbook policy in full effect. Few buyers are more aggressive than The Reeded Edge, and this holds especially true for fresh and rare numismatic material. The weather forecast for the weekend is looking great for a change, and the Civil War history in this Virginia region is simply unbeatable. We sincerely hope that Fredericksburg is in your plans, as the guys would really love to see you at the show.

Ohio State Coin Show Demonstrates Once Again Why They are The Best Run Show... VNA Delivers!
Scroll to top