Blog - Latest News
You are here: Home1 / Market Reports News2 / Then and Now-A Personal Perspective of the Coin Market

I enjoy Black Kalamata Olives. They are one of my go-to snack foods. Consequently, every trip to the market starts at the deli counter where I order a pound of the olives. One year ago, these olives were $5/pound. The day before yesterday, the same olives were $10/pound-exactly double what they were 12 short months ago. Let’s take this comparison a step further. Two years ago, the nationwide average price for a gallon of gas was $1.94. Today, it is a staggering $4.21, with a few urban areas topping $6.00! If we were to extend these comparisons back another two years, the differences in price would be more dramatic yet. Inflation has hit the highest levels in over 40 years, and is affecting most of our everyday lives. So, have coin prices gone up proportionally in the overall scheme of things? Let’s take a look.

For the basis of comparison, I will use CDN (Greysheet) wholesale prices from April 20, 2018 (pre-COVID) and compare them to CDN dated April 2022 (It should be noted that CDN is now a monthly publication, where it previously had been a weekly publication). Let’s use Morgan Dollars as our reference group, since they are frequently traded and have traditionally been considered a primary numismatic market indicator. In the 2018 CDN, common-date Morgan Dollars were reported at $115 in MS-65, and $200 in MS-66. Presently, the same coins are reported at $190 in MS-65 and $270 in MS-66. The price increases for MS-65 Morgans in this 4 year window were approximately 65%, and approximately 42% for MS-66 examples. Let’s now make this same comparison on a scarcer date Morgan Dollar, such as an 1879-CC. For this example, I will compare MS-60 and MS-63 prices, as this date gets prohibitively scarce and expensive in higher grades, and is also much less frequently traded. In 2018, the 1879-CC was reported at $4000 in MS-60 and $6800 in MS-63. Today, this same coin clocks in at $5000 in MS-60 and $7250 in MS-63. These represent modest increases of 25% in MS-60 and just over 6.5% in MS-63. In these isolated examples, the aforementioned Morgan Dollars sure look cheap when compared to olives (100% price increase in one year) and gas (117% price increase in 4 years) . Further correlations can be made by comparing the CDN Morgan Dollar pages below of April 2022 and April 20, 2018. Suffice to say, coins still appear to be one of the better deals going, which likely is what’s fueling the current market. The emerging trend with coins, cars, real estate, antiques and collectibles, art and fine wine, just to name a few areas, seems to indicate that people would rather own things than accumulate money. It thus becomes a question of which area presents the best value. My simple example above sure sheds a favorable light on coins, even at today’s higher levels.

Having just returned from The Central States Numismatic Convention in Scahumburg, Illinois, I made some interesting observations. This was one of the largest Central States shows ever, due in part to a well-needed change in the show leadership and direction, in tandem with extremely favorable market conditions. A large contingent of dealers from around the country were present, including all of the most prominent rare coin firms. An abundance of numismatic sharks created a challenging environment for buying coins. The feeling seemed to be, that even at today’s higher levels, the coin market as a whole, was still undervalued. What I witnessed were many dealers attempting to sell coins at tomorrow’s levels. The quandary of selling a coin at x, and then being forced to pay x+y to replace it, seemed to resonate throughout the bourse floor. For the collectors out there still on a market disconnect-news flash; this has become a seller’s market. For many dealers, chiseling, low-balling and even counter-offers are being viewed with disdain. To quote a dealer friend’s response to a collector inquiring about the prospect of any “end-of-the-day blowouts‘, he politely replied, “Sir, that ship has sailed“. 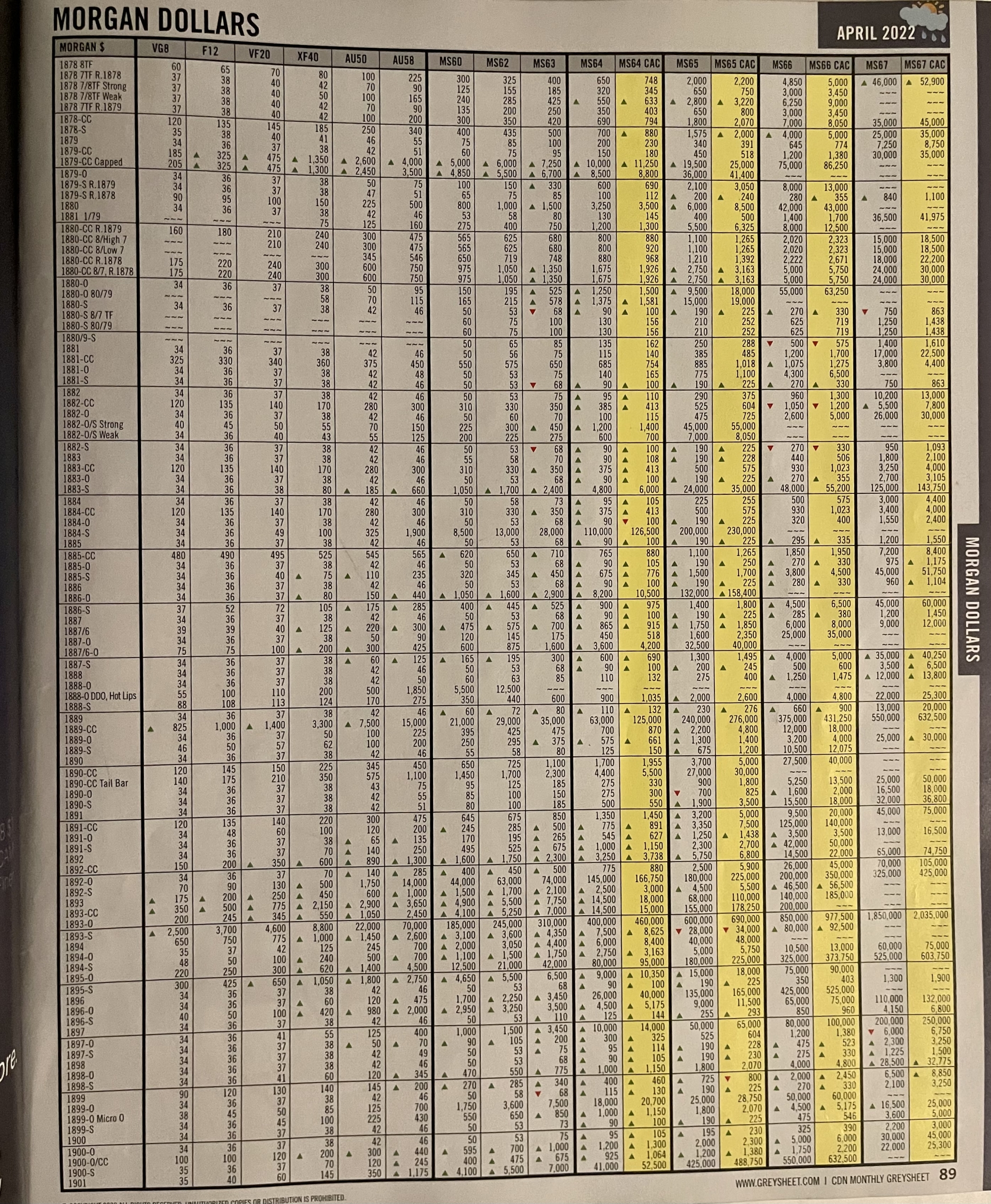 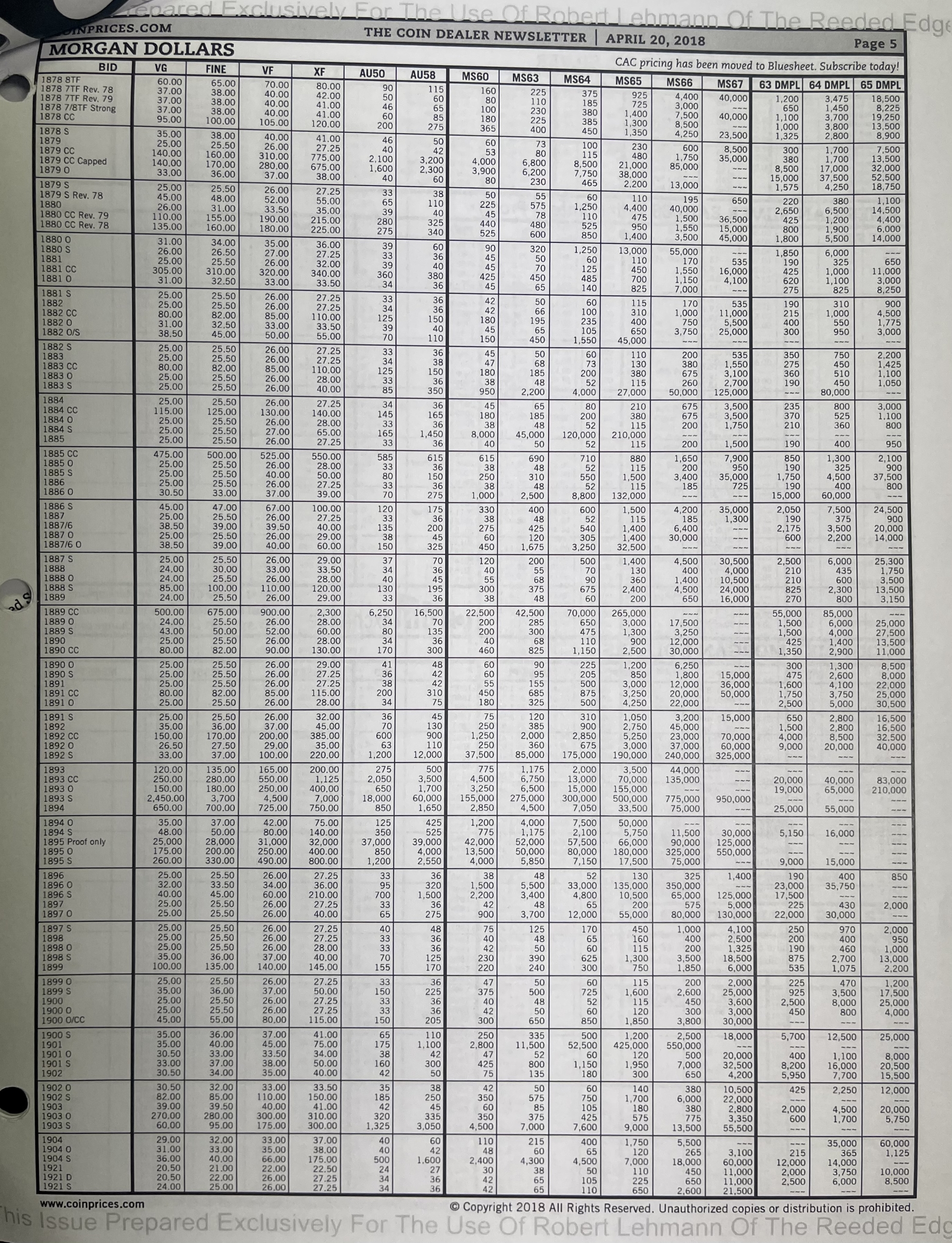