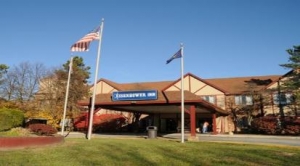 We can only hope that this week’s Battlefield Coin Show in Gettysburg, PA is anywhere near as active as last week’s surprise in Pittsburgh. To say that the ANA’s National Money Show over-performed is probably an  understatement. We went into this venue with tempered expectations, expecting something similar to the regional PAN Show, also held in the same overall locale. What we got however, was a national coin show that was on a par with many of the other major coin shows. Dealers from all over the country converged on downtown Pittsburgh, along with a contingent of collectors that reached outside of the usual parameters of the PAN Show. Although the room lacked the buzz of a Baltimore or FUN Show, there were still a significant number of people in attendance. More importantly, the attendees were for the most part serious, and until Saturday (when the show lifted their cover charge), there were literally no tire kickers to be found. Needless to say, Rob and Robbie were very encouraged by business at the ANA show, and hope the success of that show carries over to this week’s Gettysburg venue. Mike Dixon runs a first-rate show, and he and his crew put a lot of work to insuring Gettysburg’s success, so we know that the effort definitely won’t be lacking. As usual, The Reeded Edge can be found at their prominent booth, located to the right of the show’s front entrance. After being the recipients of the show’s Dealer of Integrity award in 2017, and The Dealer’s Choice award in 2018, we feel responsible in doing our part to promote this show’s success. Consequently, we will be debuting a large, fresh collection that has been in the works for months. Included will be everything from copper to gold, so expect to see plenty of new certified coins, as you peruse our inventory. Additionally, we will have some of our older friends marked down, and priced to sell. When Rob and Robbie step onto a bourse floor, they are committed to doing business, and this week’s Battlefield Coin Show in Gettysburg will be no exception.