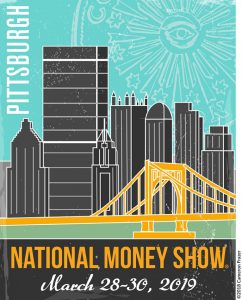 Ordinarily, the early-spring ANA show is of little interest to us. This scaled down version of it’s big-brother summer gala is usually held in smaller secondary markets with dealer and public attendance that is mediocre, at best. But ordinarily, this show is not held in a major mid-Atlantic location, which just happens to be less than a 2 hour drive from our office. Pittsburgh was just too big a market for us to ignore. With a large contingent of Reeded Edge customers developed from years of regularly setting up at The PAN show in close-by Monroeville, there is an added expectation that we will be attending this show. Accordingly, Rob and Robbie will be heading to downtown Pittsburgh next week, breaking tradition, and setting up at The ANA National Money Show. Although we have tempered expectations for this show, we like both the location and the established business we have built through years of exposure to this collector-rich area. In the back of our minds, we are thinking that this could be the show that breaks the ANA’s tradition of mediocrity. Two weeks from now we would like nothing more than to say we underestimated the potential of this show. Our follow-up will tell one way or the other.

Baltimore Proves to be a Blockbuster Despite Challenging Circumstances Pittsburgh ANA WAY Above Expectations-This Week, On to Gettysburg
Scroll to top