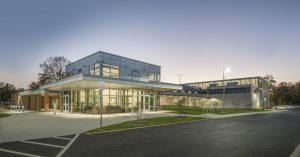 It sounds really strange to be discussing the A.N.A.’s World’s Fair of Money again. It seems like just yesterday that we were heading to Denver for our annual pilgrimage. Thank goodness this year is in Philly. The obvious advantage for us is that this is a driving show. But more importantly, Philadelphia is right in the heart of the mid-Atlantic, home to 40% of the country’s population and probably the greatest concentration of coin collectors in any one geographic area. Logistically, Philadelphia makes sense, so we are excited about all that The City of Brotherly Love has to offer. But, not so fast! First, we have a great little weekend show in an equally good location to serve as the precursor for the big event. The Vienna Quarterly Coin and Stamp Show, located at the Vienna Community Center in the heart of Northern Virginia will be held this weekend. We really couldn’t think of a better warm-up than this robust show. As one of the oldest local shows in not just our area, but the entire country, there is a reason why Vienna works. Like Philly, location is the key. Fairfax County is the second wealthiest county in the United States, surpassed only by its neighboring county to the north, Montgomery County, MD. A great number of collectors that have grown the Whitman Baltimore Show into one of the best national coin venues, are also based in these two counties. Consequently, we never know what is going to walk into Vienna. Over the years, there have been some very significant numismatic properties that have shown up at this little show, much to the attending dealers’ delights. We hope that this summer’s venue offers that same prospect. Both Rob and Robbie will be on hand to represent The Reeded Edge, and they will have many new certified coins in tow. For those of you that want to get an early jump on previewing The Reeded Edge’s A.N.A. inventory, we suggest that you make plans to attend Vienna. If for no other reason than attending an intimate little show with a great mix of dealers, it’s worth putting Vienna on your calendar. There is a good reason that many first-time attendees turn into Vienna regulars, and that this show has such a loyal following. If the D.C. metropolitan area is in your plans for this weekend (and quite honestly, it should be – D.C. is a GREAT city in the summer), try to incorporate The Vienna Coin and Stamp Show into your itinerary. We think that you’ll be glad that you did!

July Feels a Bit Strange Despite Steady Sales The Reeded Edge Heads to Philadelphia for The A.N.A. World’s Fair of ...
Scroll to top