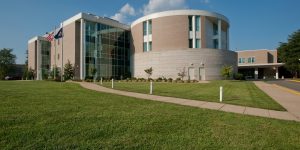 The Spring coin show season is just around the corner. From a cyclical standpoint, this is usually the most active time of the year for the coin market. This weekend, The Reeded Edge heads to Annandale for The Annandale Coin Show. Both Rob and Robbie will be on-hand with an array of new collector coins. Of course, they will be aggressively buying any and all worthwhile U.S. numismatic material, so be sure to offer them anything that you have for sale. If you’re thinking that The Reeded Edge just was in Annandale, you would be correct. This has always been twice-a-year venue. With the absence of Vienna as a competing coin show, Wayne Herndon decided to add a third Annandale show. Ironically, since that decision was made, Darren Coker (Vienna’s Bourse Chairman) simultaneously resurrected The Vienna Quarterly Coin and Stamp Show. Last year, we had two shows in Northern Virginia. This year we will have seven. It will be interesting to see if that region goes from starved for coin shows to saturated. By the end of this year, we should have an answer to that question. Demographically, this is one of the best areas on the east coast, which gives us a sense of optimism for both shows.

Reports from last week’s Long Beach Coin and Collectibles Expo were very positive. Our Super Secret Stealth Salespeople both had active shows, and got a healthy percentage of our coins sold. The fact that dealers were fairly aggressive and seemed to need coins for both inventory and orders are good signs. Shows like Long Beach create momentum moving forward, so we were happy to hear the favorable feedback.