Blog - Latest News
You are here: Home1 / Market Reports News2 / The Reeded Edge Returns from a Solid Gettysburg Show-Home for a Week Before... 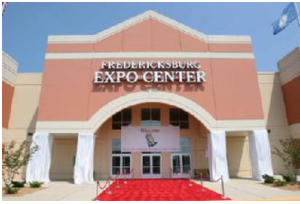 Both Rob and Robbie concurred that Gettysburg was decent, but surprisingly absent was the usual, brisk retail activity associated with this show. There were bodies in the room, and from an attendance perspective, the show was on par. But what lacked for sales, was more than made up for with buying. The guys spent almost six figures at this small show, including two five-figure rarities that were fresh out of the woodwork. There was no shortage of coins being offered to the guys, but their resistance to buying coins out of auction (what Rob affectionately refers to as auction rehash) resulted in several potential sellers being politely turned away. Although our company moratorium on coins with auction history is perplexing to some, it is a business model that Rob and Robbie have stuck with, and one that has garnered The Reeded Edge a very loyal following. Next up for the guys will be The Virginia Numismatic Association’s Annual Coin Show in Fredericksburg, VA. We will have much more on this highly anticipated trip to Northern Virginia next week. This week will be a welcomed breather. But catching up in the office hardly equates to sitting on our laurels. There will be more new material emerging on our store, as we continue to work through our latest group of collector coins as well as fresh grading returns. Surprisingly, there are even still a few remnants being listed from both of this summer’s major acquisitions. When a five person operation is taxed with processing over 10,000 new coins, the workload can at times be overwhelming. Finally, Rob and Robbie would like to recognize, Ray, Sharon and Tammy and all of their support efforts which makes what The Reeded Edge does on a daily basis possible. It is easy to forget that their is an engine to every business that allows it to run without interruption, and those three invaluable people do precisely just that.